Between Earth and Sky

In March 2004, I was invited to exhibit my work at the Ministry of Finance, Economy and Industry in Paris…

In March 2004, I was invited to exhibit my work at the Ministry of Finance and Economics in Paris. A vast sky made up of photographic strips faced a gridded wall of grass, also in photographic strips. Air passing through architect Chemetov’s imposing and austere architecture animated the strips in subtle waves.

The sky is a subject that invites the imagination of movement on a large scale. Ever searching for rhythmic balance within movement, I have photographed the skies from different countries; I have deconstructed, mixed and re-composed the images in logical sequences or occasionally as chance encounters. The goal is to subvert the conventional perception of sky by presenting it in the form of walls, curtains, carpets, or within interiors. 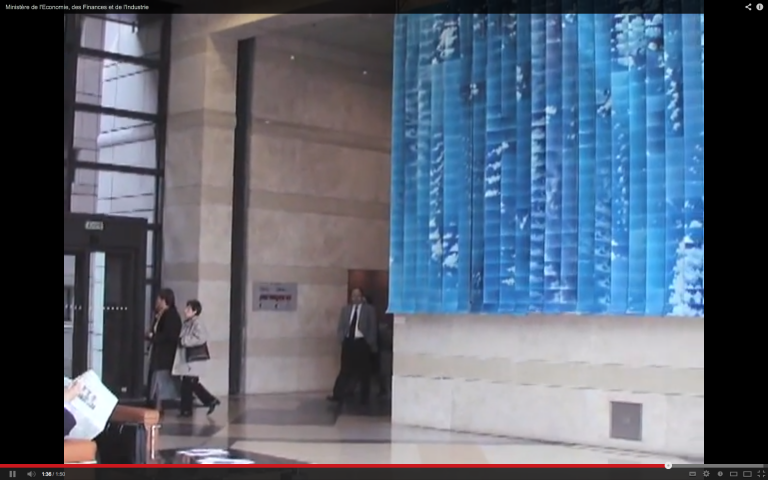 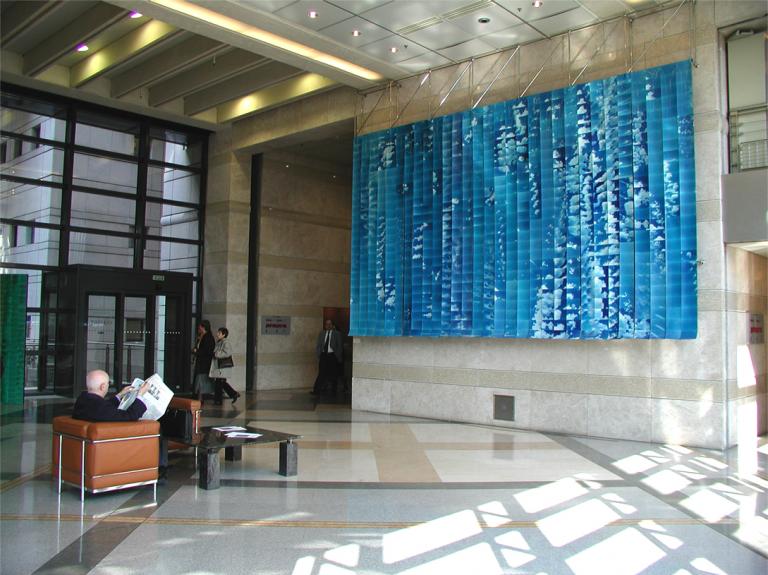 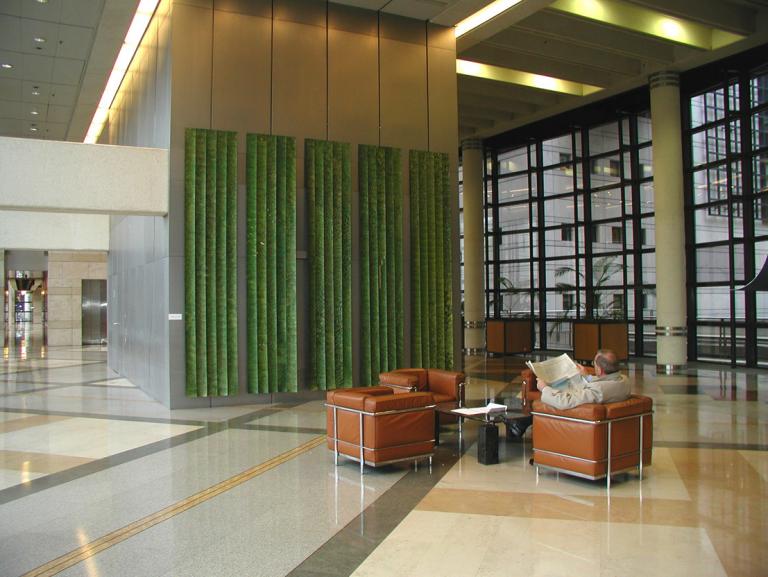 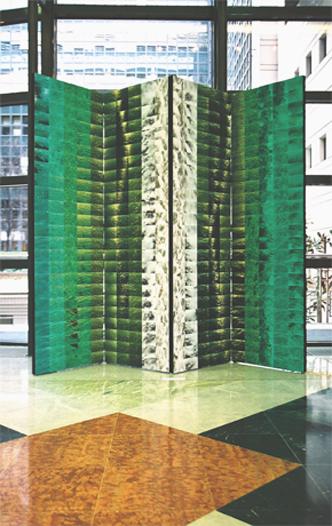 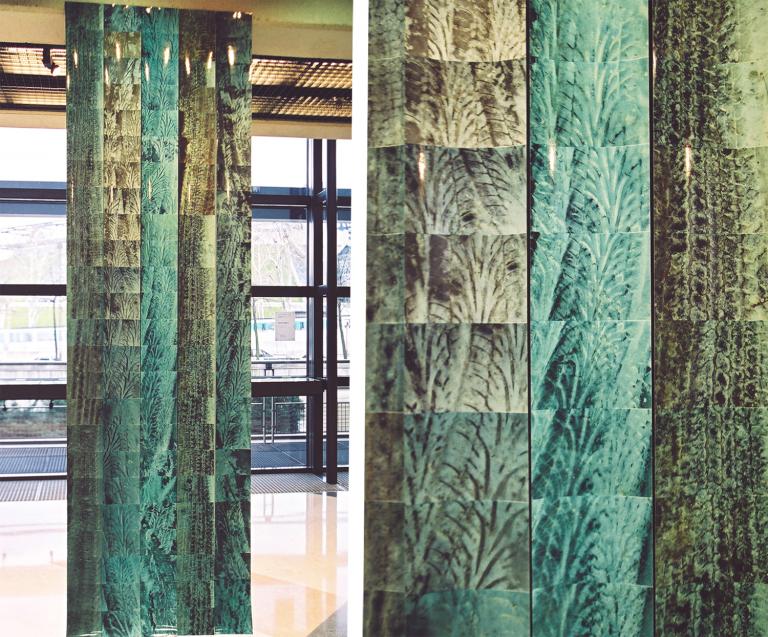 (Click to zoom)
View of the exhibition "Between Earth and Sky", second lobby area 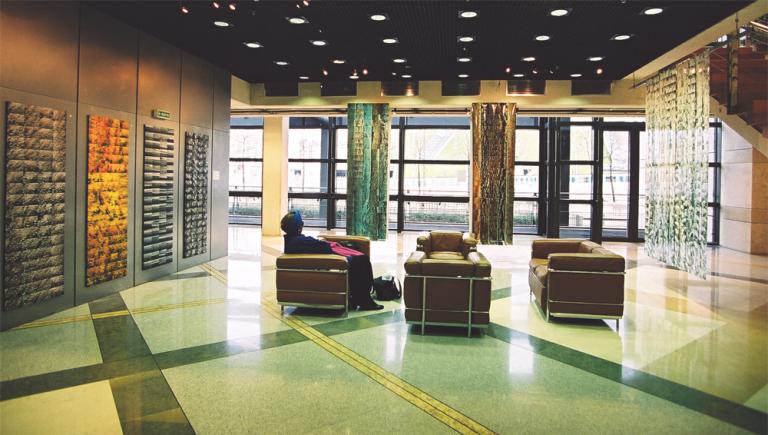 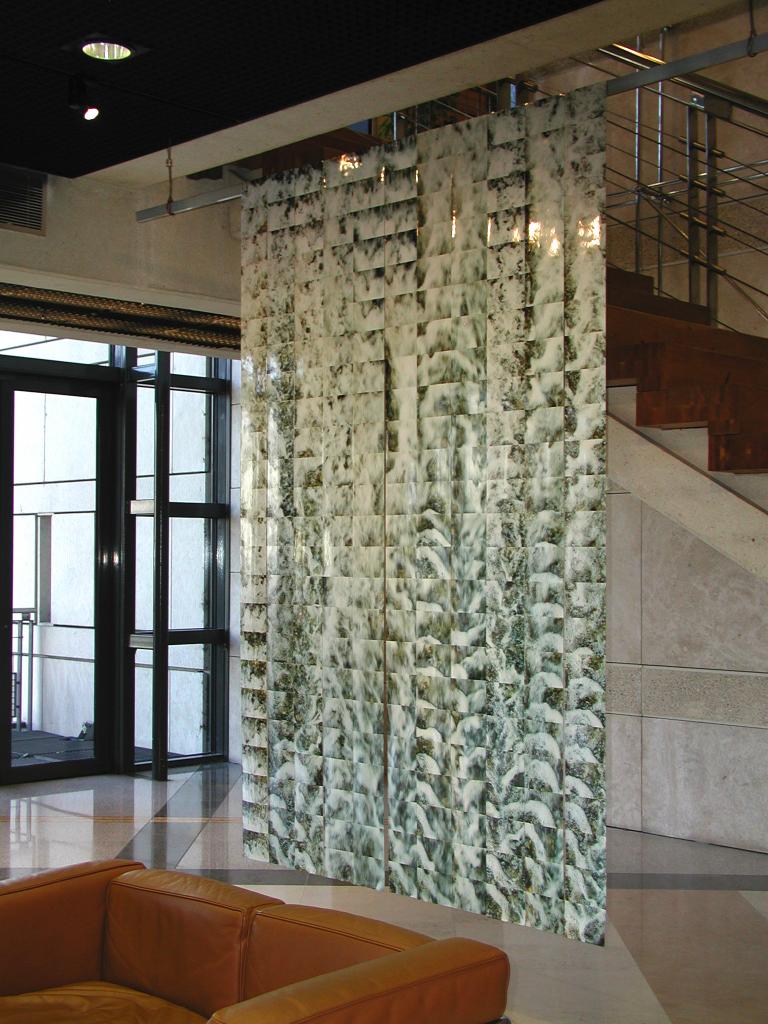 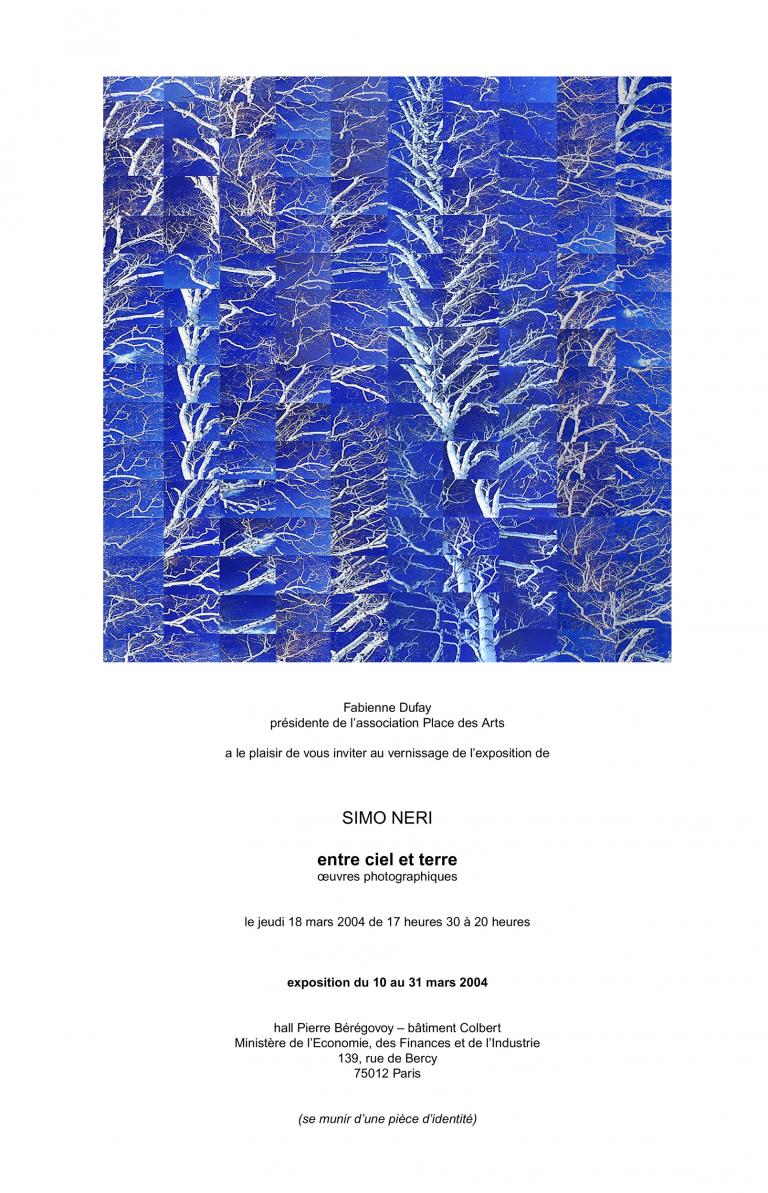