In September 2005, in collaboration with architectural historian Richard Ingersoll, I was commissioned to produce two monumental, interactive, double-sided ‘photo-curtains’ as part of an international exhibition for the Kunsthaus Museum in Graz, Austria.

In September 2005, in collaboration with architectural historian Richard Ingersoll, I was commissioned to produce two monumental, interactive, double-sided ‘photo-curtains’ as part of an international exhibition for the Kunsthaus Museum in Graz, Austria. The public passed through these photo-curtains to enter and exit the section titled “Eurosprawl” of the international exhibition “MStadt” (M City), between September 2005 and February 2006.

The exhibition focuses on mid-sized European cities, the shape and spread of which has changed in many ways – a new, specifically European type of city with particular cultural, political and economic characteristics appears to be emerging, in a way that is fundamentally different from models of cities on other continents. The Eurosprawl section of the exhibition addressed this new urban condition with all its contradictions.

f t p
Kunsthaus Graz
The innovative museum building affectionately called the "Friendly Alien" by its creators Peter Cook and Colin Fournier, stands out consciously against the surrounding roof landscape with its red clay roofing tiles in the town of Graz. The building has an organic shape with a skin made of iridescent blue acrylic panels. 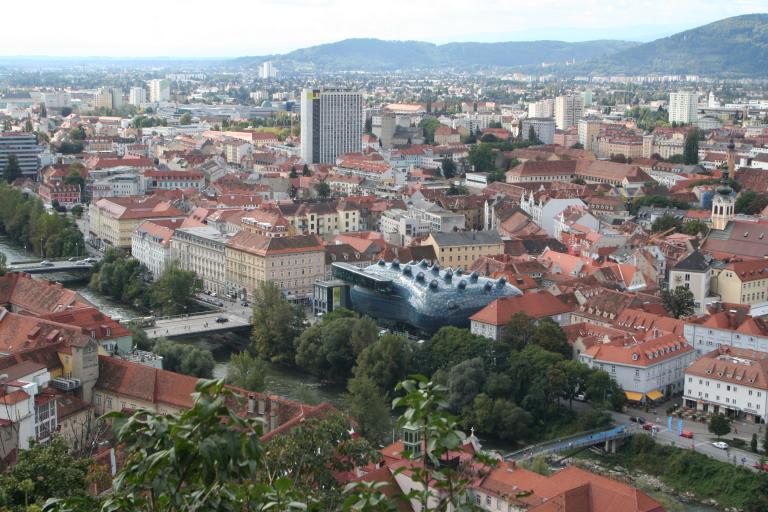 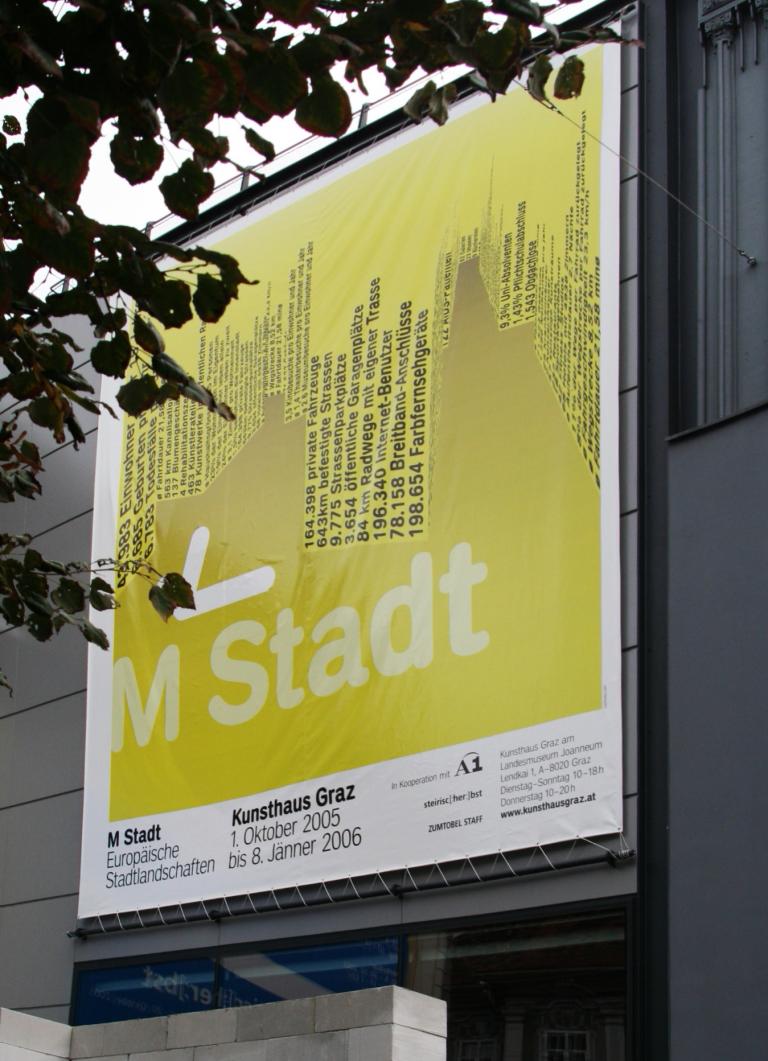 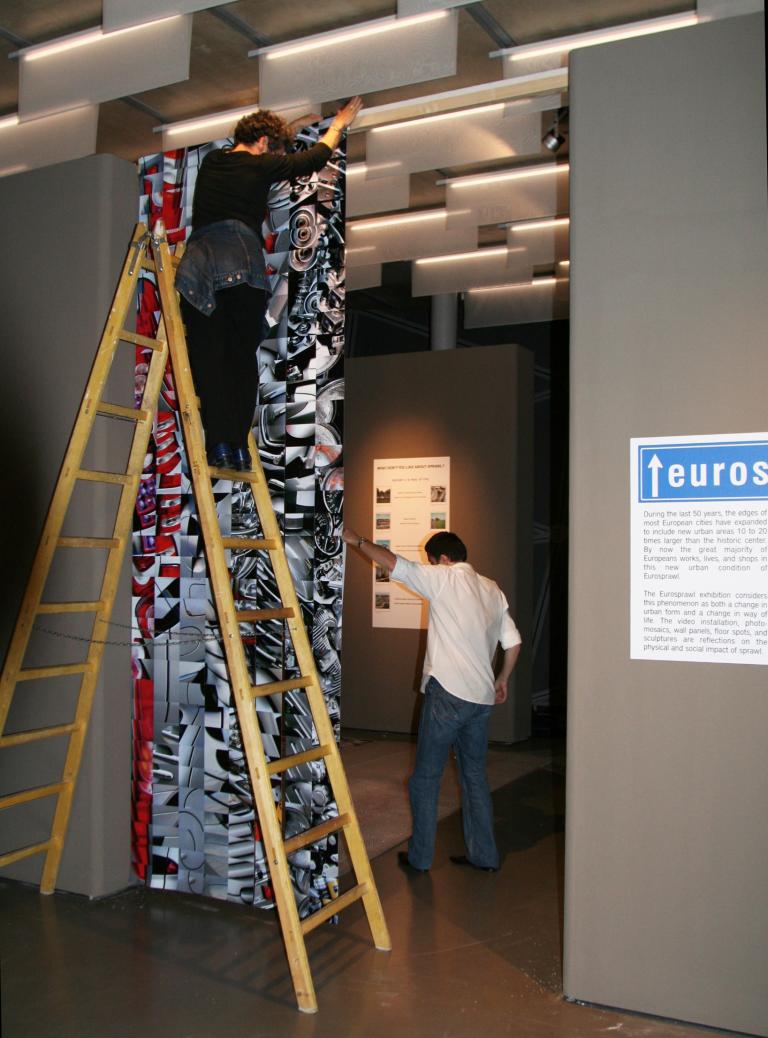 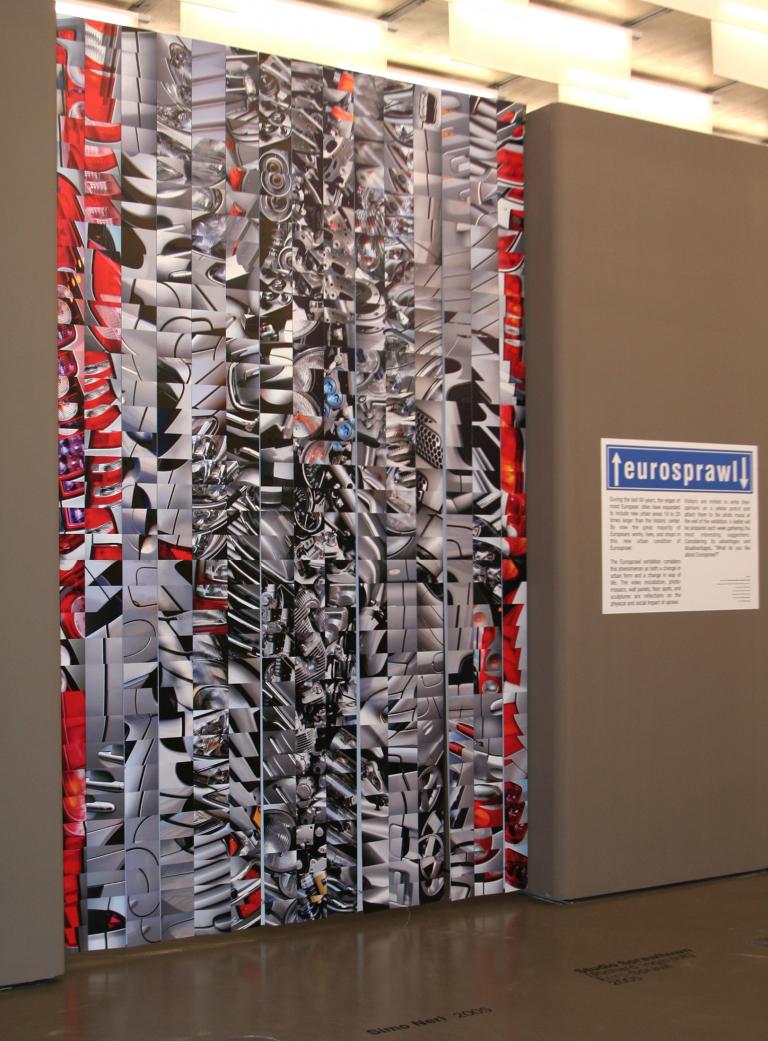 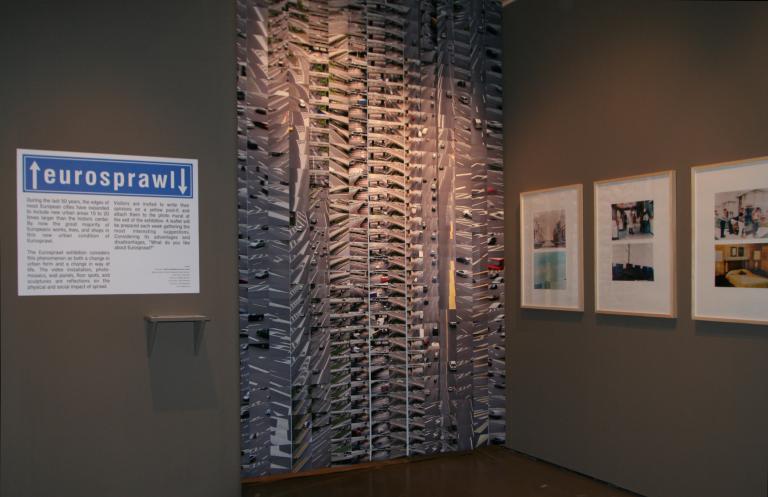 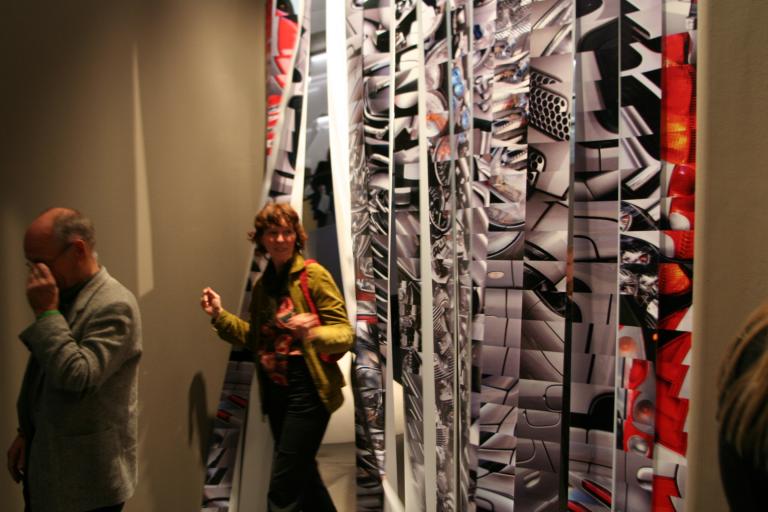 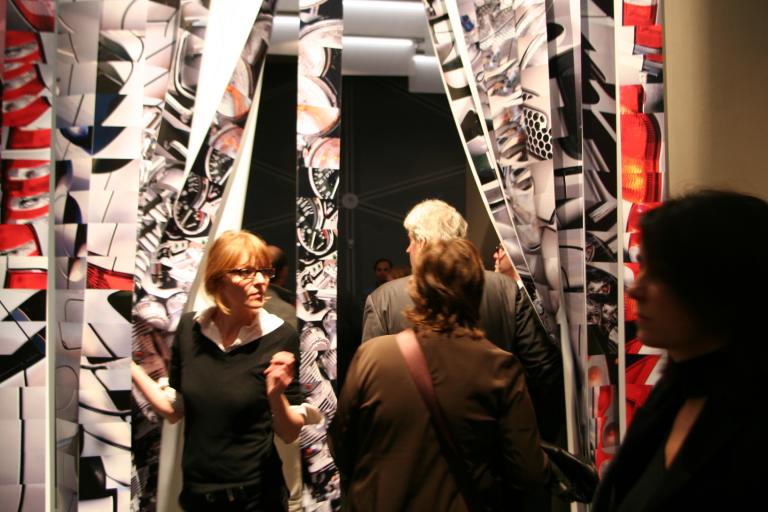 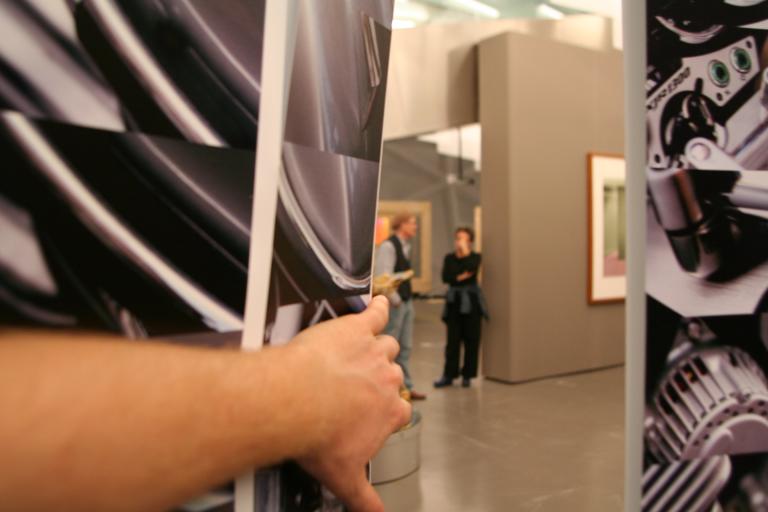 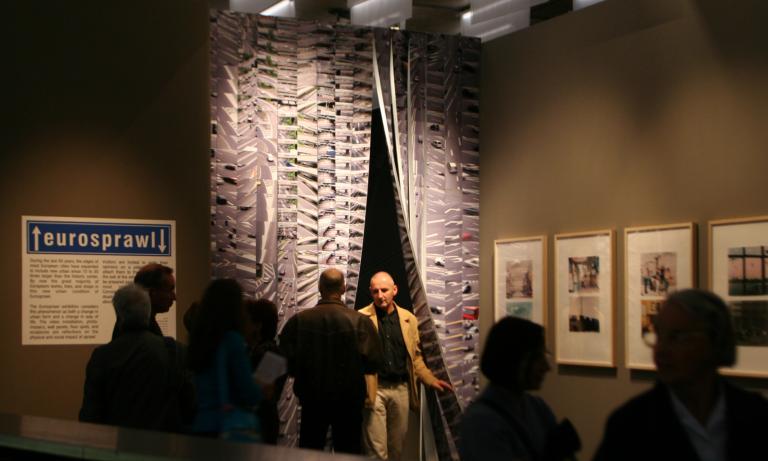 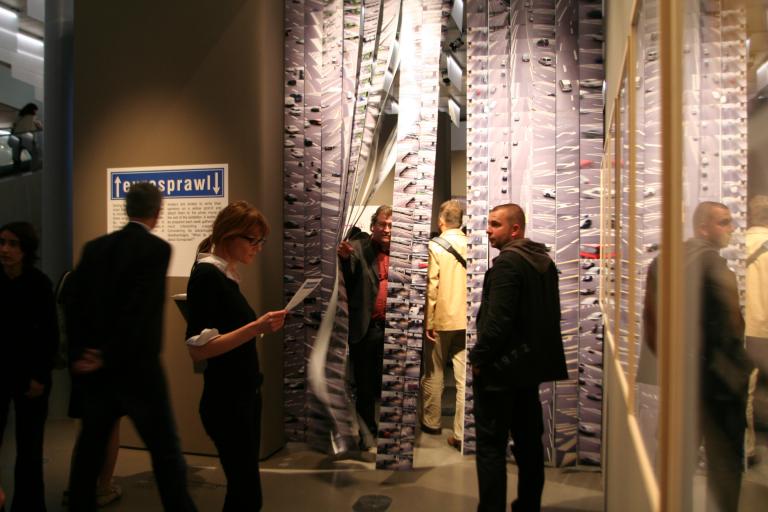 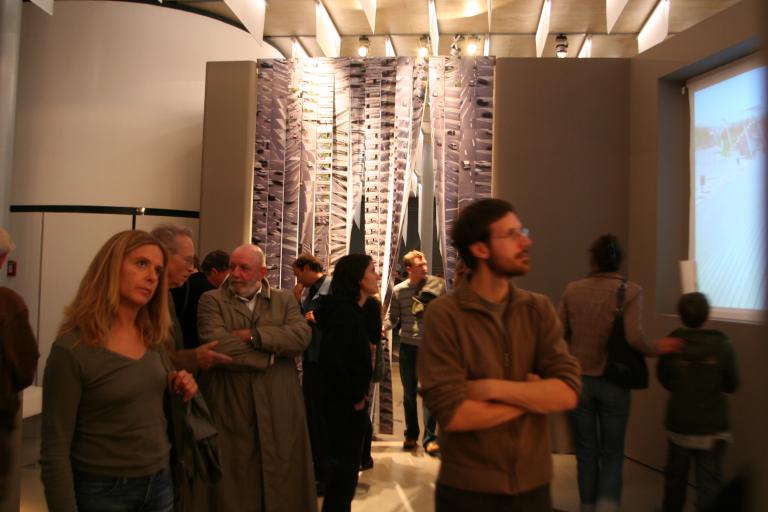 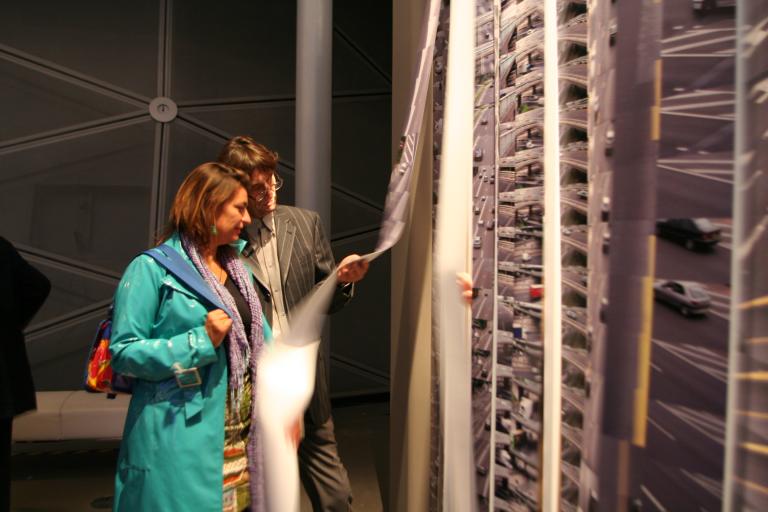 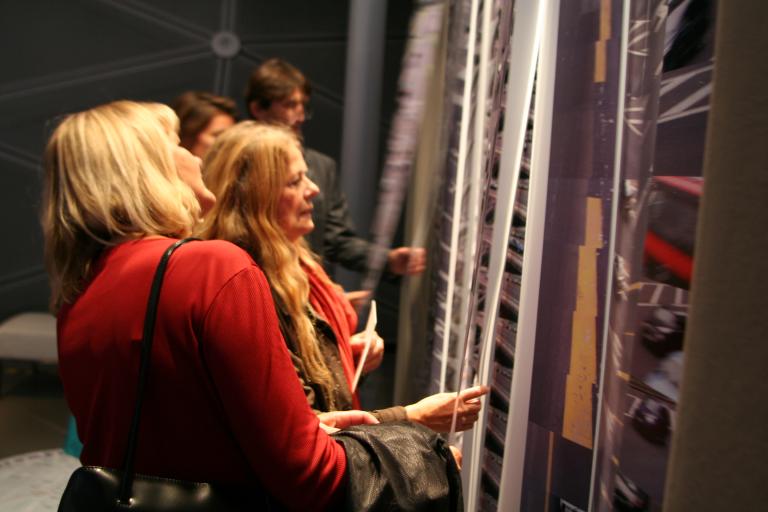 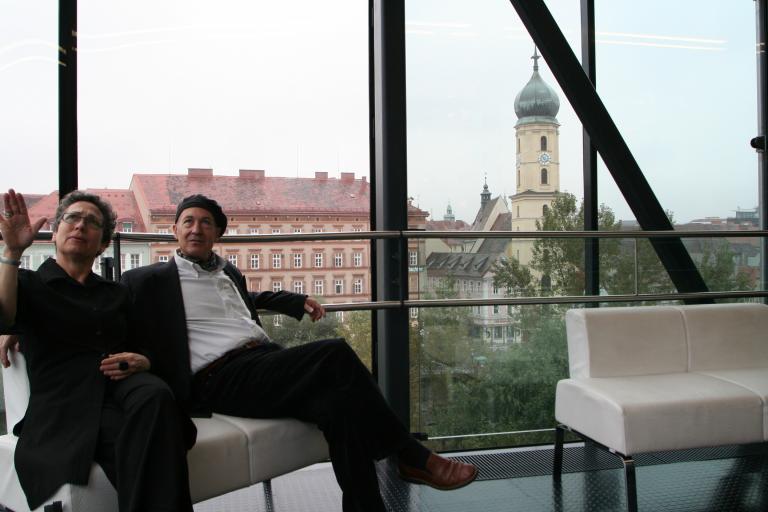