In September 2005, in collaboration with architectural historian Richard Ingersoll, I was commissioned to produce two monumental, interactive, double-sided 'photo-curtains' as part of an international exhibition for the Kunsthaus Museum in Graz, Austria. The public passed through these photo-curtains to enter and exit the section titled "Eurosprawl" of the international exhibition "MStadt" (M City), between September 2005 and February 2006.

The exhibition focuses on mid-sized European cities, the shape and spread of which has changed in many ways - a new, specifically European type of city with particular cultural, political and economic characteristics appears to be emerging, in a way that is fundamentally different from models of cities on other continents. The Eurosprawl section of the exhibition addressed this new urban condition with all its contradictions. 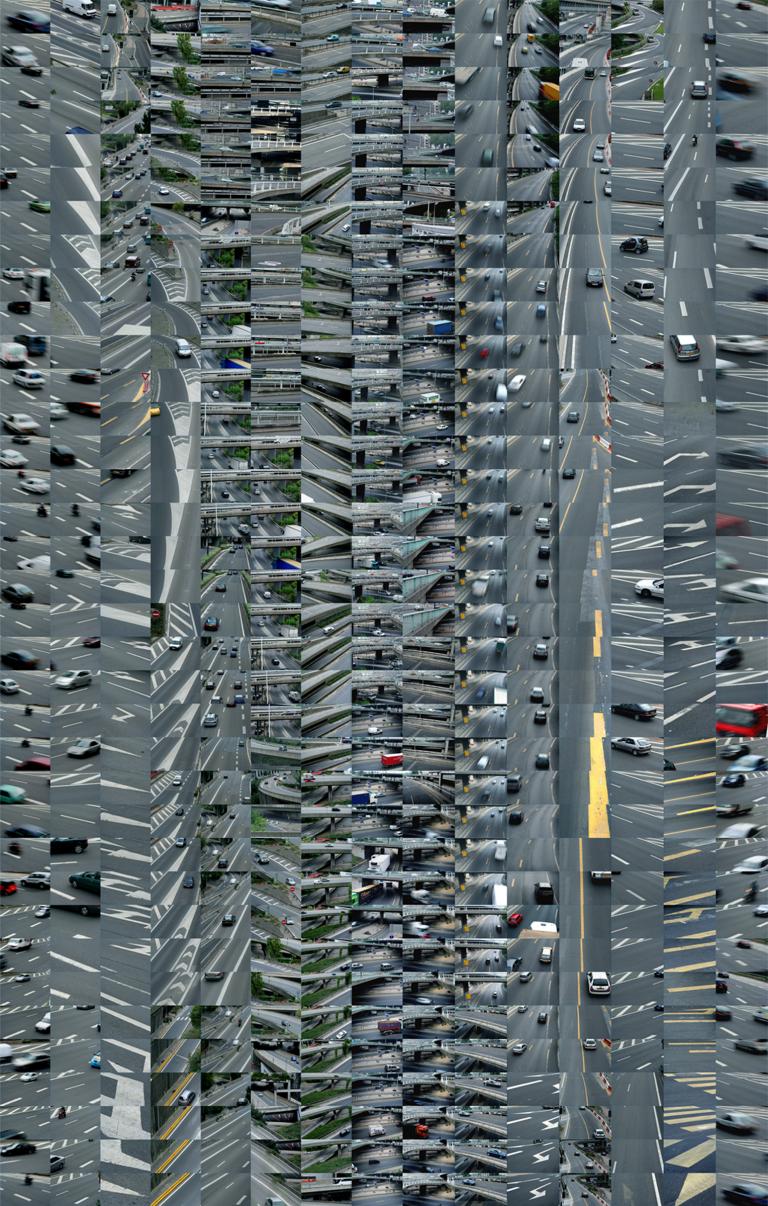 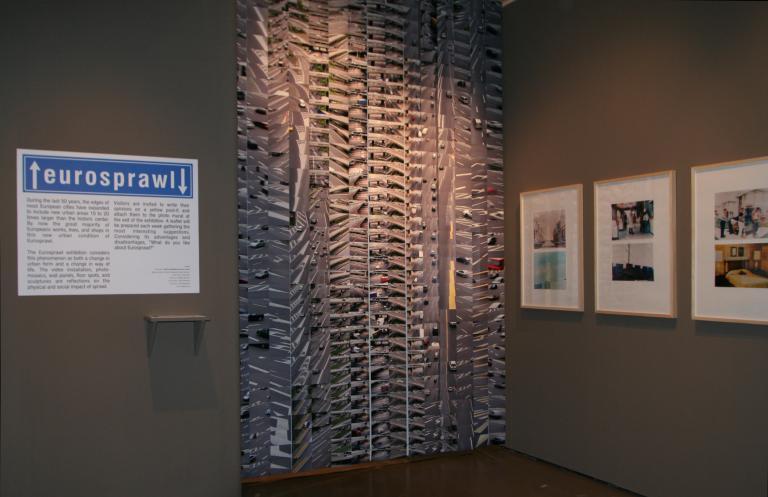 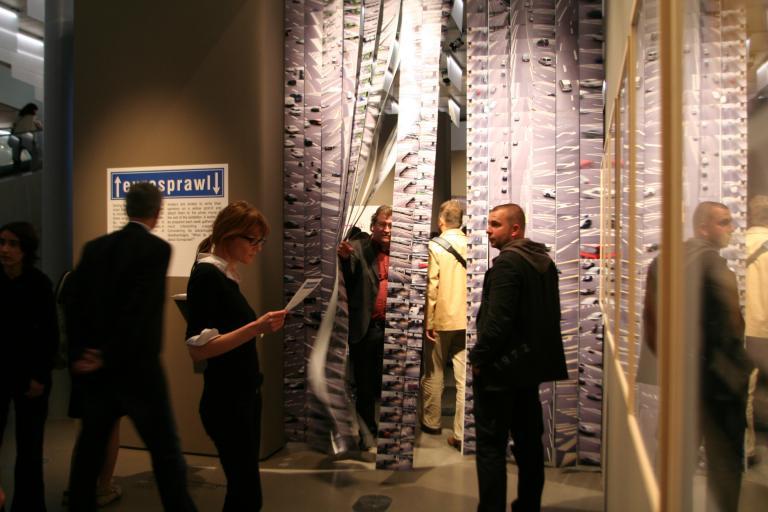 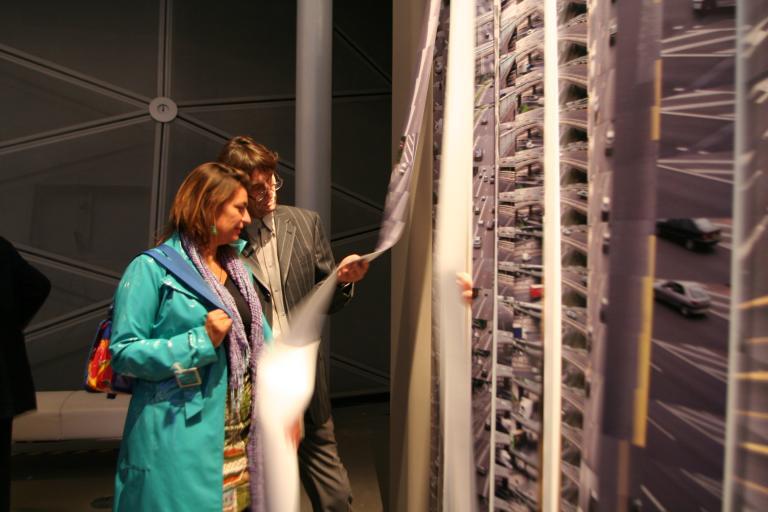 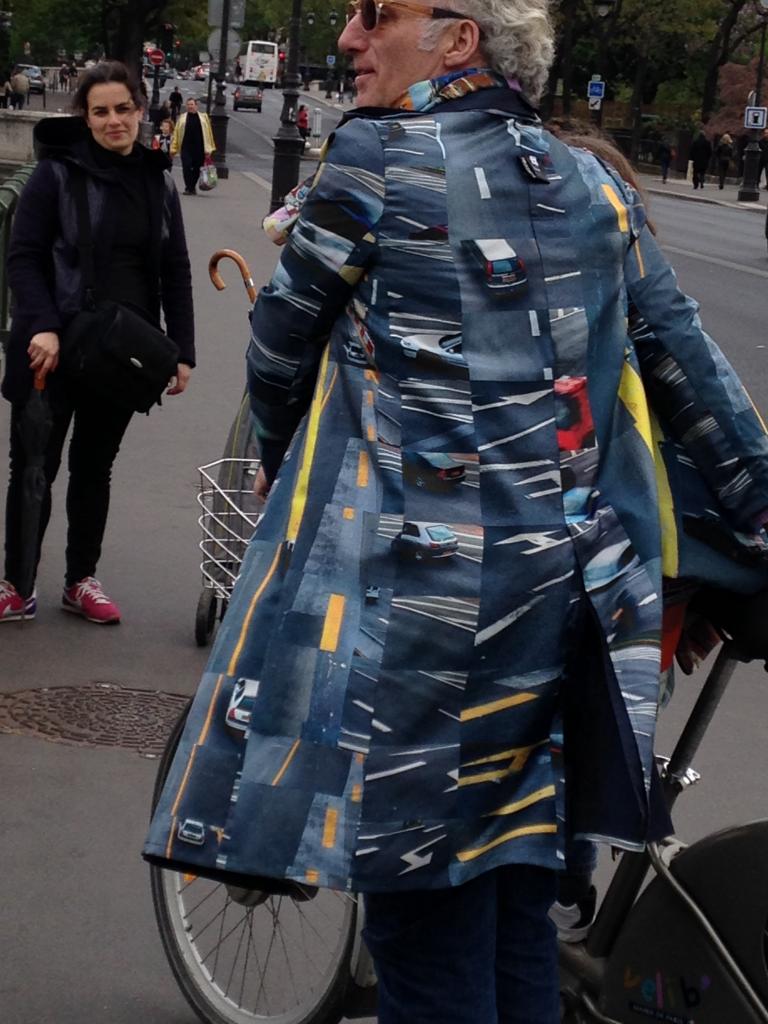