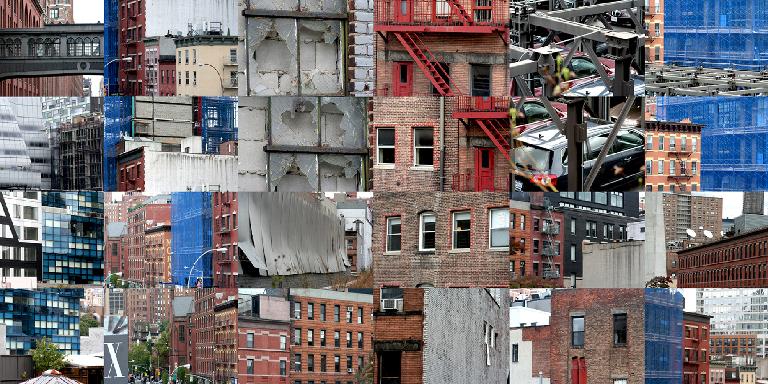 How New York City’s High Line became an inspiration to make art – that can be framed or worn.

Shortly after it first opened, a friend invited me to join her on a walk along the High Line’s first few blocks. Something about moving along an extended path at a height of 30 feet made me want to reach out and touch the urban landscape stretching out on either side – I felt as if I owned the city! The color palette was particularly striking – old brick, broken glass, and the blue scaffolding of sites in construction. I felt as if my photographs were documenting history in the making.

Two years later, I photographed the High Line’s second phase, from W 20th street to W 30th street. I was surprised to find that the city’s color palette had changed significantly in this phase of the project, with oranges and sky blues now dominating the surrounding cityscape. Looking north towards the path’s end, one catches glimpses of the old rail tracks waiting to be transformed into phase III, and of the Trapeze School of New York’s white tent and sign: “Forget fear, worry about the addiction”.

The sheer elevation of the High Line offers a powerful experience of the city; I suddenly find myself on an equal footing with West Manhattan’s rapidly evolving architectural and urban landscape. A symbiosis with the city ensues… a strange intimacy, a new understanding. So I’m inspired to capture this feeling and – using sequential photography – I make a portrait of the city, identifying key elements that tell this story.

Some history excerpted from www.thehighline.org

The High Line was built in the 1930s, as part of a massive public-private infrastructure project called the West Side Improvement. It lifted freight traffic 30 feet in the air, removing dangerous trains from the streets of Manhattan’s largest industrial district. No trains have run on the High Line since 1980. Friends of the High Line, a community-based non-profit group, formed in 1999 when the historic structure was under threat of demolition. Friends of the High Line works in partnership with the City of New York to preserve and maintain the structure as an elevated public park.

The project gained the City’s support in 2002. The High Line south of 30th Street was donated to the City by CSX Transportation Inc. in 2005. The design team of landscape architects James Corner Field Operations, with architects Diller Scofidio + Renfro, created the High Line’s public landscape with guidance from a diverse community of High Line supporters. Construction on the park began in 2006. The first section, from Gansevoort Street to West 20th Street, opened June 9, 2009. The second section, from West 20th Street to West 30th Street, opened in spring, 2011. The third section is currently in construction. 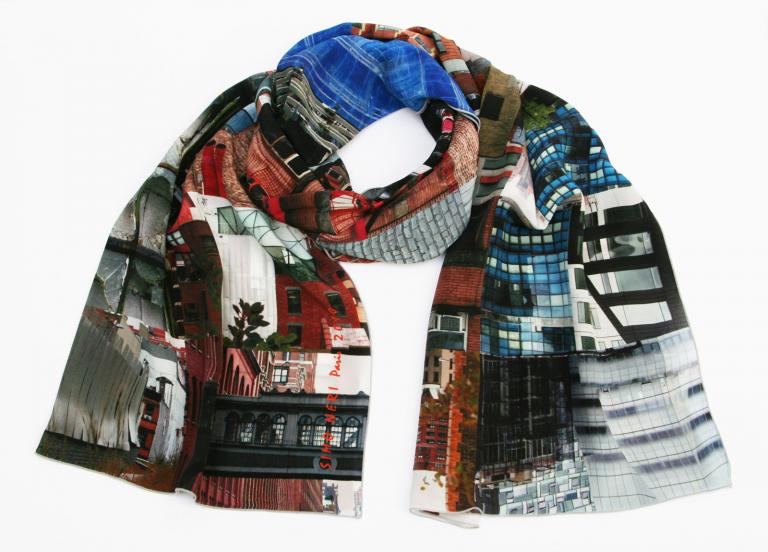