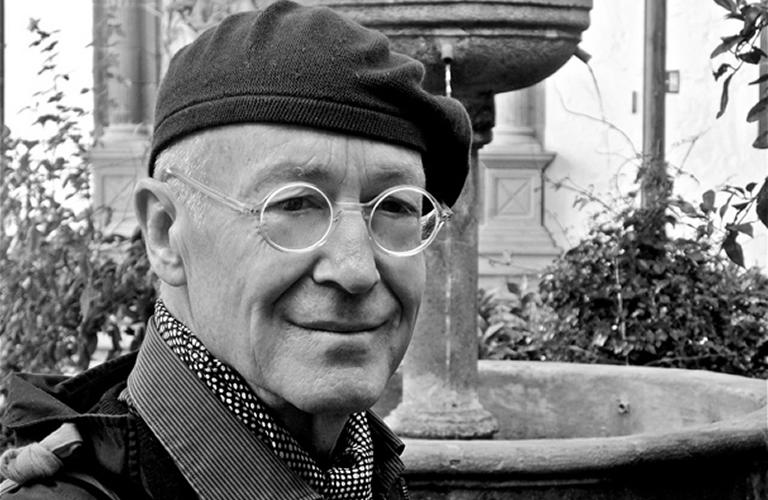 Some of the Parts

Thoughts on the Works of Simo Neri

Looked at in distraction the works of Simo Neri might seem as incidental as living room curtains. Long thin strips of vinyl-like material are strung side by side. They are shiny and colorful, and seemingly without narrative or subject. Closer inspection, however, reveals that these uncanny  draperies are mosaics, each strip carrying a sequence of color photographs developed from rolls of 35 mm film. The individual frames portray details of things found in situ: bark, leaves, branches, sky, sea water, foam, pebbles, grass, books bindings, bedsheet wrinkles, butchered meat, flames. The shots are  assembled serially, in some cases from top to bottom, in others from left to right, each capturing either the movement of the environment, or else one’s own movement through the environment. As one scans  the strips the part that each shot delineates is clearly recognizable, but never the whole. Take, for instance, the 12 meter hanging entitled “white waterfall,” which presents itself as a cascade of close-ups of frothy water: one sees the effects of the waterfall but never the waterfall itself. The sum of the parts is in effect only some of the parts. Yet this method evokes a greater whole that can be identified as the  resonance between the viewer and the phenomenon.

As research these works push provocatively on the “doors of perception.” They are precise and  objective portrayals of fragments of reality that deny the possibility of seeing objects in space in their three-dimensional integrity. Photography has been used to countermine its own determinedly scopic nature to see things from a different, multiple point of view. Each shot provides a piece of space, but taken together they do not lead to a literal reconstruction of a setting. At the same time that space has been negated, the more ambitious works that hang free-standing propose a basic contradiction: they are installed as spatial definers, shaping the interior environment.

Unlike David Hockney’s photomosaics of the 1980s, which were assembled from Polaroid  photographic fragments into perspectival scenes, Simo Neri’s mosaics are decidedly abstract, and force the imagination to reconstruct the idea of the whole from archetypes linked to personal experience. In a work devoted to a tree, one sees branches and bark, and can appreciate the complexity of their structure, but the actual tree is visible only as far as it is rooted in the memory. Because of this lack of perspective, while one literally, “cannot see the forest for the trees,” the atomistic layout of tree fragments permits one to empathize with a forest and through indirect means have a deeper idea of its  nature. Only when viewed in perspective will an environment appear as a static totality. The close up  fragment tells as much about the mutability of the thing photographed as it does of the viewer. The  mobility of one’s own body-darting eyes, exhaling breath, fidgeting flesh-contributes to the general  instability of all that one observes. As much as one attempts to define things, stop them, frame them,  there will always be the contradicting factor of entropy, the constant dissipation of matter and energy. To encounter the multiple images of close ups is to participate in the awareness of entropy.  The late 19th century serial photographs of Eadweard Muybridge and Etienne-Jules Marey,  revealed with positivist certainty the essential motor movements of bodies in space. Photography not only portrayed things more realistically, it could be used as evidence for some invisible truth. Simo Neri has multiplied the seriality into grids as if to compound the evidence. Instead of scanning the frames left  to right, the movement must also be tracked top to bottom, and instead of proving a single law of  thermodynamics she has transcended binary logic to demonstrate the underlying spiritual concept of resonance. Everything is constantly changing yet always seems the same.